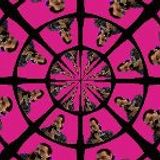 Soundtrack to Infinity 60
by Brad Cain

JONATHAN VARDI : MIXTAPE N° 361
by The Voice Of Cassandre Mixtape

A lineal descendant of Captain Robert Ferguson (1719-1799) the older brother of the great Scottish Enlightenment Philosopher and historian Adam Ferguson (1723-1816); the friend of Hume, Gibbon and Adam Smith. Also related to the great feminist author and playwright Rachel Ferguson. Have written extensively on a vast range of subjects, published in print as book author and in various journals and magazines into the bargain. Early work as an underground film maker on the early Goa Trance and radical anti-CJB political scene in the 1990s has since become more refined and ambitious and am now a regular contributor to such high profile events as the Portobello Film Festival Annual Film Maker's Convention.....Previously published work includes:

For video clips and social networking go to: