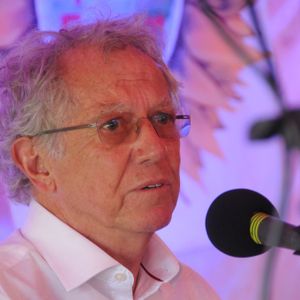 It was David King's first Glastonbury after being invited by Penny Kemp. David was dispatched to the Forum by Pedal Trike. Where he was interviewed by the BBC's Roger Harribin with later questions from the audience.

Sir David King was the Chief Scientific Adviser to the UK Government under both Tony Blair and Gordon Brown and Head of the Government Office for Science from October 2000 to 31 December 2007.In that time, he raised the profile of the need for governments to act on climate change and was instrumental in creating the new £1 billion Energy Technologies Institute.

A GFFR production in association with Speakers Forum , Glastonbury Festival.