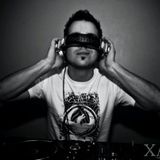 Never miss another
show from RAFH

Better known to most as "R.A.F.H."...he is no stranger to the scene. This 11 year veteran of the decks has been turning heads all over Vancouver Island where he has headlined major clubs and Afterhours spots, while also having the honor to open for such prestigious artists as Chris Lake, Sebastien Leger, Kevin Shiu, Bass Kleph, to name afew.

Never locking himself down to just one genre, the past decade has seen him play almost every major genre of dance music, from Hard House to Drum n' Bass to his own genre dubbed "Prog-lectro". This experience has resulted in a sharp ear for what works on the dancefloor. Now in 2013 he finds himself somewhere between the boundries of house and techno. His latest single "Unleash The Kraken" is out now on Subpsec music!