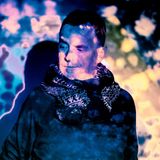 Nick Warren became one of the first so-called "superstar DJs" in the mid-to-late '90s, holding down a high-profile residency at Cream in England, touring around the world, and appearing on several DJ mix albums before they became commonplace. Then, through a combination of providing acclaimed mixes for Mixmag, DMC, and the Global Underground series, and releasing a string of club-smashing solo singles, Warren found himself catapulted into the electronic big leagues; and, by continuing to release acclaimed albums, singles, and remixes with his Way Out West partner-in-crime, Jody Wisternoff, he firmly established himself as a truly multi-faceted producer of top-quality dance music.