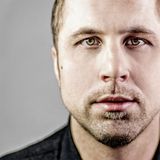 Never miss another
show from Premeson

PREMESON is producing and releasing electronic music since the late 90-ies. Supported by names such as StoneBridge, Juicy M, Tommy Trash, Cedric Gervais his latest releases "We Own The Club" and "Save Me" have been spun on radios and stages across the globe and hit the Beatport Charts for weeks.

His own radio show called “Premeson – Dropped” has worldwide broadcasts in the web and on radio stations in the US, Canada, UK, Germany as well as Asia/Northern Africa. “Dropped” regularly hits the iTunes Podcast Charts in Germany and the US. Starting in June, his show has also an own slot on the renowned dance internet radio station Digitally Imported.