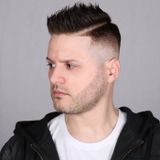 Never miss another
show from EXODUS

Support EXODUS by subscribing directly to this channel and get access to exclusive rewards.

“Exodus boasts a very impressive discography, already full of strong chart topping hits and big #1-sellers, with heavy supporters that read like a diverse who's-who of the most relevant dance music Artists today.”

Kicking off 2016 with a bang, Exodus & Chuckie collaborated on the massive anthem “Perfect Sky”, which was released on Armada Music. The hype continued to grow as Exodus was placed on official remix duty for hip hop legend Snoop Dogg on his Billboard chart hit ‘Let me hit it’. These two projects were only the beginning of a chain reaction of high profile projects that are to come out in the remainder of 2016 and in 2017. Other releases in 2016 have included multiple successful tracks on Vicious Recordings, Peak Hour Music and Black Hole Recordings.