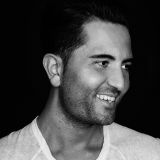 Never miss another
show from KO:YU

One of the most incredible things about dance music is its never-ending search for innovation: new sounds, new styles, new projects, always moving forward. KO:YU is an artist who embodies that ethos. Previously known under the name Deniz Koyu – a shortened version of his birth name – KO:YU has already achieved far more than most. But his new project is set to be the most exciting step in his musical career since he laid his hands on piano keys at the age of five. A true perfectionist, KO:YU’s curiosity was piqued at a young age and his formative years saw every penny of his pocket money spent on second-hand synths and drum machines. By age sixteen Deniz had learned his craft with the software package Reason, and began writing lounge music singles for this friend’s web design agency. His first forays into music appearing on their clients’ websites. This initial taste of a professional music lifestyle fed his obsession, and Deniz was hooked deeper into the world of making his own sounds.