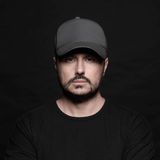 The Daddy’s Groove sound waves between house and electro, confirming them as an absolute market music mover.
Their highlight spots can be stretched in a bunch of goals that sustain their solid of work over the years:
- Boys are essential part of David Guetta production team.
- In 2016 entered the DJMAG 100 as first time ever.
- Have co-produced and remixed music for Artist like Axwell to name one out of top 10.
- They have latest singles released alongside Bob Sinclar, Kryder, Tom Staar, and way more ones.
- They have scored several top10 positions on Beatport in a few months.
- Have been working with Pop acts like: Justin Bieber, Lady Gaga, Sia, Nicki Minaj, Celine Dion, Bruno Mars, Sean Paul, Usher and more.
- They are signed to SPINNIN’ Rec as leader world wide Indipendent Label.
- They use to perform in Ibiza with a consistent number of shows at Pacha every summer, plus world tours all over.
….And this is just a to make a long story short !