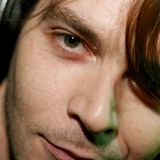 He started his carreer as a DJ in the city of Troyes in 1995.

During 4 years he was resident DJ at Banana Café (Paris)

He released his first record « Party Times » in 2000.
From this date, Samy had never stopped producing House & Electro projects : under his name but also for others artists.

Since 2016, Samy is the DJ/Producer of the band DIVA AVARI & THE FRENCH HOUSE MAFIA, working with the famous Soulful label « Purple Music »