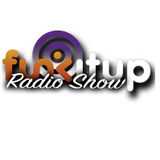 In the world of House music Colin Edwards is known for his Voice and signature 'sexy, soulful,dance floor driven' style blending elements of funk, soul and disco combined with uplifting vocals
Colin has been a Radio DJ since the age of 14 just playing with his Favorite influences and seeing where it will get him . Being from Ireland the only way to express in what he does best is though radio, Colin blessed the airwaves with his 1st International Mix Show called Funk it up on world vibe radio in Chicago., and used it to his potential. Now it has grown and can be heard in most parts of the world including most of Europe , US , Africa, Venezuela, Canada, Australia, Mexico To name but a few.
Colin has also played beside Dj's producers and club nights and is also well Known for his private party's where people like to see him do what he does best and that is putting a smile on their faces and making sure there hands are in the air.