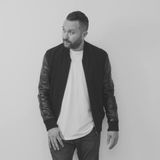 MY HEART RADIO 004
by Nic Fanciulli

MY HEART RADIO 003
by Nic Fanciulli

MY HEART RADIO 002
by Nic Fanciulli

Nic Fanciulli is a DJ, producer and label owner who has remained one of the UK’s finest exports in electronic music throughout the last decade. One of the last DJs to break through to international acclaim on the strength of his DJ’ing alone, Nic has since gone on to establish his own imprint, Saved Records, a label that remains proudly at the forefront of electronic music today. An important purveyor of international, underground house and techno, Saved has become a global brand, renowned for cutting-edge releases and standout events around the globe. In early 2014 Saved celebrated their 100th release. No easy achievement in the modern climate, which was marked by a special release and tour, delivering a mixture of the biggest names in dance music alongside a selection of the hottest emerging talent around – highlighting the ethos that the label has always stayed true to throughout the years.