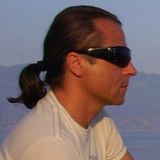 DJ Soulseo began to listen to music as a child, listening to bands such as The Beatles, The Rolling Stones, Deep Purple, Genesis, Pink Floyd, all great artists from the 70s & 80s.
At the age of 16, he bought his first electric guitar and started playing with a group in his home city. In parallel to his love for Rock music, he also often went out to Discos, appreciating the great artists of that movement such as Chic, EW & F, Change, but he particularly loved 'that Funky music
Two years later, Soulseo gathered some musical experience in a local radio station and at the discos. During the 80s, he lived for 10 years in Zurich and was able to follow closely the birth of the Techno movement.
Then one day, about 15 years ago, he bought his first modern mixer with 2 CDJs and started mixing - never stopped.
Booking & Contact: seo37@hotmail.com https://www.facebook.com/soulseo.deej
https://soundcloud.com/soulseo-dee-j
https://groovefindersworld.com/2019/01/15/sergio-guerini-dj-soulseo/