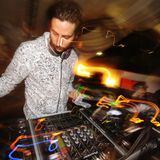 I've got the Devil in me
by Dj Mena

Let's Go Dubstep Once a While
by Dj Mena

Weapon Of Self Promotion
by Dj Mena

Marco aka Dj Mena, was born in 1974 in Lecco with a talent for drawing and painting.
From the age of 14 he started playing with his band called Ameba, a mixture of electronic and rock styles.
In '97 is co-founder of Mother inc. one of the more influent drum and bass & dub step crew in Italy. In 98 starts broadcasting with two transmission "Inner Vibes" aired on Radio Network 104 and Lifegate which aimed to spread the new sounds coming from the North European club scene.
Given his propensity to the jazz way of approach on music, during his sets Mena starts from nu jazz broken beat and samba jazz from the 40's and bring the beat to the most current deep-house and tech-house releases, revealing a very eclectic style that looks to the dancefloor as puts an eye to the hear-floor.
Plays usually with three plates one of which is used as a sampler.
He could also play in combo with live jazz musicians as TheMosfet.
Dj Mena played all around Europe, japan and Sweden.