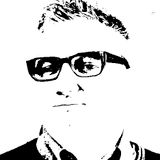 Never miss another
show from GasDJ

I live in Casale Monferrato (IT) and Rhodes (GR), during my youth the radio broadcast and western films make grown in me the interest for music. My first gig like dj is in 1992 in a birthday party, at that time I decide to buy a lot of records. House and hip hop movements touch in my deep, in 1994 I produce an hip hop radio show for RCTRadio (VC). In 1996/1998 I was dj for some parties and the warm up dj of the house floor of the TOMBOY club but secretly I start to listen ‘60 jazz and soundtracks from the cocktail generation. In 2002 I found with four friends the brand INDIE ROCK CLUB, a weekly party that rocks for next four years. In 2003 I found with dj Yatu a dj duo named Club Silençio. In 2006 start my collaboration with Barter, an house of production for cinema and tv Milan based. From 2009 to 2012 I was the director of the Moleto Jazz Club.
me on twitter: http://bit.ly/t3XL8f
my jazz podcast on Spotify: http://bit.ly/ritmosincopato
contact: c.wojtyla @ gmail.com