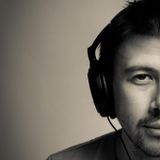 Cham'o is an Antwerp based producer and DJ who discovered his passion for lounge music after listening to Sven Van Hees’ album Tsunami. Since then he has been compiling and mixing this genre of music for radiostations such as Urban Jazz Radio, Dubtractor Radio and now ZenFm. He has also been a guest at Mr Mora’s Medcafe in Morocco and the Sunset Emotions Radio from Marco Celloni in Italy.

As a traveller he has been influenced by many places in the world. He produced his first tracks influenced by oriental sounds and chilled moods. These are now bundled in an EP 'Dreams of Dahab' labeled by Chill Om Records and have been included in several compilations. He also made a compilation for the label Incepto Smooth.