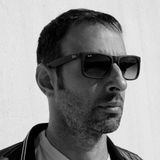 Never miss another
show from 19 Degrees

Next To Me Was Dancing Stefi
by Panos MeligonisReposted

His third single 'Solstice' has been released at the end of July.

His unique style is a a combination of House music lighted with progressive elements and a twist of 80s.

He has a strong belief that music is one since different kinds of music are governed by similar rules.His compositions are influenced by many kinds of music including pop, electro-pop, alternative pop/rock, classical music and most of the genres of electronic dance music.