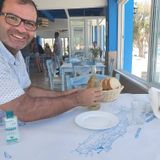 Tomas TMX is Prague based dj and producer with progressive and deeptechhouse backround.

He played in many events since 2003, most often in Czech and Slovak republic.

Since he moved to Prague, he has been playing in dozens events in well-known clubs, lounge bars and open airs.

Beatshare is place to share and cooperate in producing music tracks with ambition to be a label later.
https://www.residentadvisor.net/dj/tomas
https://www.beatshare.cz/
https://tomastmx.bandcamp.com/