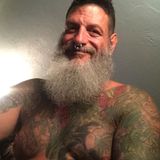 Never miss another
show from MaxMax61

Crying in the Mix 2
by CabreRobReposted

Private Party: Buc @ Roddy and Will's Loft - Atlanta. (This is a masterpiece)
by Gift Of Song (.org)Reposted

Short biography about myself I came into Greenwich Village 1976 I was about 16 years old came up in the night clubs they're open and close the Saint and then continued on to The Saint elsewhere parties.
12 West, The Anvil, Crisco disco, The Cock Ring, Moonshadow Just to name a few.
I left New York in 1989 and moved to San Francisco continued my dancing in places like Dreamland, Trocadaro, The pleasure Dome,And the end up.
I was not as big a fan of the high energy middle of the night sound I gravitated more to the late evening early morning sleaze sets
Those were the days and I miss them terribly a time where we supported each other and we were there for each other it was a beautiful thing.