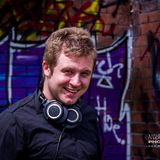 DJ Vlad Guzu is an emerging Montreal figure. He currently DJs bars, clubs, restaurants, private and corporate parties. DJ Vlad Guzu DJs two times a month at Bier Markt Montreal. He has been resident at Skratch West Island and organized special events in downtown of Montreal at venues such as Mica Lounge, where he had the privilege to play alongside Les Gitans de Sarajevo.
During the year of 2013, DJ Vlad Guzu has entertained Meet Market Adventures singles parties that took place at Aria Ristorante and Scena in Old Port Montreal. DJ Vlad Guzu was also special guest at the Balkan series of events held at VIP Lounge such as Euro Fusion and Balkan Spring Beat as well as at the Romanian National Day Party organized by PUR Party, Chef, Bairam which took place at Prestige Art & Multmedia Studios.

DJ Vlad Guzu is not only a DJ, he is a musician, arranger, guitarist and sound engineer. The mastery of all these skills have smoothly shaped his sound and his approach to mixing. He mixes harmonica