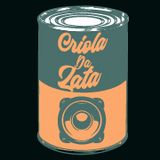 Le Son du Padré #3. It all started somewhere about there...
by Selecta DeShA

Packed between France and Martinique, Desha started with hip-hop in the golden 90s. The samples of DJ Premier (composer and DJ of the GangStarr group) and RZA (composer and DJ of the Wu-Tang Clan group) very fast drove in search of original sounds, never forgetting their Afro-Caribbean influences.
Collector and digger, in 2008 Desha begins his first parties in the effervescent district Oberkampf, in Paris. He produces the monthly Step into Rythms party, mixing hip hop and soul with different afro (afrobeat, highlife, afrofunk) and latin styles. In 2013, he arrives in Toulouse, where he animates the program Atypi'Kalebass, in the radio Campus France. In 2015, Desha moves to Brazil, where he already had the opportunity to play at parties in Salvador, São Paulo and Florianopolis. Mixing soul, afro and Caribbean rhythms to a great deal of Brazilian music, Desha does not let anyone be indifferent to the great musical journey that he offers us.