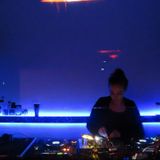 DUB to ETHIOPIA
by selekta sève

CHANT DOWN BABYLON
by selekta sève

Known for distinctively fusing her French roots with varied musical inspirations found while living in Hong Kong, Selekta Sève is one of the founders of Pomegranate Sounds [record label] and a longtime selector in the Hong Kong underground music scene. She initially began to play reggae /dub vinyls, which fueled a passion for digging for the most obscure music from Africa to Asia to the Middle East, South America, and beyond. She played at the “Lufuky Stink”, brought the Afro-Funk to "Sunuaskan Festival, Clockenflap" & collaborated to produce events including "La Fête de la Musique" at Central Pier 10, Anchorsong [Japan] at XXX, and the "Pomegranate" monthly residency.
Selekta Sève is also half of the

△ [Tree-Angles] duo [with LëKSs], who are creating a dynamic yet retrospective sense of the future through their visuals installations, and global fusion beats.