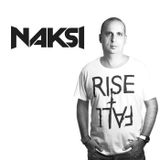 Never miss another
show from Naksi

Naksi the popular DJ, producer record company's owner in Hungary have been in the music scene for more than a decade. As probably the most influential DJ’s/producers in Hungary, Attila Naksi have produced several successful dance acts, made over 100 remixes and released a number of singles, LP’s and 16 mix albums which all ended up as club anthems and chart breakers.

Their trendsetter mix CD’s have always become golden and platinum records in no time, their singles are always leading club tracks.

Naksi the member of the EDM project: Stereo Palma.

Stereo Palma (Naksi & Zsolt Brunner), a powerful and energetic EDM project have gained huge success in all over the world. Their own productions "Cada Vez", "Dreaming", "Miami Bitch", "Andale", "Lick It", and a superhit with a legendary voice Craig David – “Our Love”