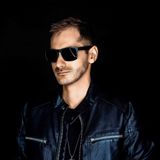 Never miss another
show from EddieMessOfficial

Oscar Kiss ‘aka’ EDDIE MESS, was born in 1986 in Hungary.
He was always messing around music. Since 2004 he started to make his own music. Within one year he made his first song called ‘The Crazy Dance Anthem’, which has been a top hit at the local clubs. After a little while EDDIE came up with some new great remixes.
In the mean time EDDIE has been Playing at the club called, Crystal Castle.Since 2004 Eddie has been invited for festivals and well known clubs in Hungary and he started to bring a new vibe into the Dance floors whit his own track’s.
Recently EDDIE has made one of his best tracks called ‘Fire in my soul’. This track has blown the clubs and he started to work with other upcoming Dj’s and Producers all around the world.
Since then, he made a lot of music and remixes, which gave him a lot of respect and very good critics around the world.