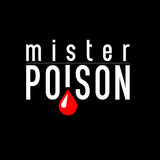 I began my musical career as a DJ almost 30 years ago. Hardcore Gabber DJ in the early 90’, my technic will open the doors of the Gibus Club in Paris for The Last Experiment party, where I became the club weekly resident DJ for Thursday Absolut Hardcore Party, playing alongside artists such as Manu le Malin, Lenny Dee and many other representatives of the international hardcore scene.

Officiating in the famous french Radio FG 98.2 on Thema Mix sessions, it was in 1997 that I signed my first release "In the troop" on the compilation “Rendez-vous Pte de Montreuil” with Universal music.

Signed on Bonzai Records and present on the "retrospective" compilation for the 10 years anniversary of the label and more recently on Bigroom Records, I am a producer, marked by many influences. Also bassist, I draws energy from the stage and today offers more house, progressive bursting with a keen sense for efficiency.