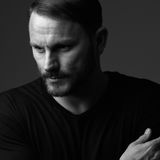 In a world where music is often limited to genre handles and buzz sounds, Mark Knight has proven a rare and wonderful breed of integral house heavyweight. With a career spanning more than a decade and a solid reputation on both the digital market and dance floors across the globe, the Grammy-nominated DJ/producer has never rested on the laurels of being one of the industry’s most respected and accomplished UK players to date.

Armed with a musical library that knows no boundaries, a consistent run of hits and chart-topping ventures alike, the success of Knight’s recording career is matched only by the credibility and integrity maintained throughout his discography to date. Heard through a spread of popular releases (‘Man With The Red Face,’ ‘Alright’) and high profile remixes (Basement Jaxx, Chris Malinchak), further work alongside both Faithless and Underworld has sealed a diverse musical heritage for the accomplished producer. Its music for passion, not numbers, and it’s what Mark