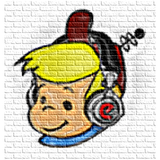 Never miss another
show from djELR0Y

That Rolling Bass
TRACK
by TheTryRunReposted

DJ Elroy is the man with a plan.

He’s been mixing records since before your mom was seen doing lines off the floor of Studio 54’s DJ booth. He is an innovator in his own right and has led the evolution of dance music from the 70s disco era into the club scene of the 80s to the rave scene of the 90s and right into the 21st century! You may not know this, but in recent years Elroy has spawned several of his own sub-genres (including tizzy-house and its European offshoot sprochno).

Being pegged as a one trick pony is so 1998. DJ Elroy has overcome the typecast hurdle by throwing down the gauntlet on all genres and effectively making them his bitch. All of them. Critics have called him the “Chuck Norris of the dance music industry,” and he has lived up to the moniker.