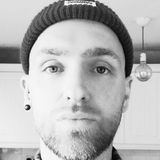 I started playing around with vinyl from an early age. My obsession with HipHop culture started in 1984 around the age of 8, hearing such classics as "rappers delight" and "the show" the first thing my dad knew about it, was finding me trying to scratch with his vinyl on his hi-fi turntable.
I would regularly tape radio shows including Westwood, Dave Pearce and Max & Dave on my portable master blaster (matsui portable stereo.)

By the age of 17 I had a gig in a local pub playing Hiphop and R&B. I was approached one evening and asked to play a weekly sunday evening slot at the infamous Forum (Tunbridge Wells.) The jam was called "Funky Buddah," the year was 1993 and 5 years of club nights followed including guest residencies in London at the Gardening club 2, Ministry of sound, Soul Kitchen (Brighton) and roller disco's (Bagleys film studios, London.)
In recent times I have been blessed to play with the guys from get down sounds.