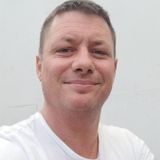 London, United Kingdom
Starting in Johannesburg in the early 80's, he had an enormous influence in the creation of the global international dance music culture. Having had the opportunity to be the opening act for Sasha and John Digweed’s Northern Exposure in 1996 at Mother Raves South Africa. Benny is certainly not a new boy on the scene, Ben now lives in Hertfordshire and produce's music for UK, US and European labels. Ben also Dj alongside Danny Rampling (Shut Your Mouth Productions), Carl Cox (Mother Raves), Boy George (Mother Raves South Africa) DJ Vibe (Gates) and even played at the same venues alongside the like of Sven Vath, Blu Peter (React, Black Hole Records) and Hannah Wild in 2011 in Soho London. Lately in 2020 Benny played at The Forum at Hertfordshire's University to a packed out venue with over 3000 people in attanedance in the Auditorium. 2021 sees Benny playing alongside Alex P at Goat Fest in Hertfordshire England feat. Kim Wilde as the headliner 29th August 2021 (c)