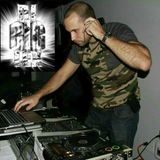 Almost as early as he could talk, young Lex loved playing records on his parents' turntables. In high school he started making mixtapes, and began DJing for school parties, talent shows, and fashion shows. Upon enrolling at Temple University in Philly, DJ Big Lex secured his own radio show during his freshman year on its student-run radio station, WHIP. He branched out to DJing parties on and off campus, at various clubs in Philly, and other colleges throughout NY, NJ, and PA. After graduating, he returned to NJ and started getting exposure to the NYC club circuit. Spinning alongside DJ EM, Lex has rocked crowds at some of the city's premier venues, including LQs, Copacabana, Harbor Lights Yacht, and more! He has opened for DJs such as Tony Touch, Enuff, Camilo, and Alex Sensation. His seamless mixes, knowledge of various genres and eras of music, and innate ability to read crowds of all ages and ethnicities make DJ Big Lex one of the industry's most promising talents!