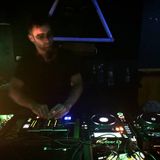 Luke DM is a techno DJ resident of the Baum-haus party in Zürich, Switzerland.

Since young age he developed quite a taste for house, minimal techno and progressive, and in general, he felt in love with the underground scene.

Milan gave a lot to Luke DM and in the 2012 he became one of the rappresentative DJ's of the "Atomic bar", a hot spot of Milanese underground scene and after one year he became resident DJ at "Q21 Club".

Founders and organisers of the baumhaus pop up raves series (www.baum-haus.org) spotted Luke DM on a private party, for them it was obvious that his music was the stuff of baumhaus. Eclectic, powerful and very different from the typical sound of Zürich nightlife.

From then on Luke DM has been Resident DJ at baumhaus and has made hundreds of guests happy at every baumhaus party.