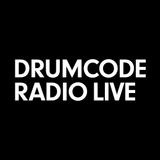 As much a musical identity as it is an attitude within the underground world, the two decade and counting reign of Beyer’s Drumcode imprint has seen the home-grown label evolve into a versatile brand recognized across the globe. From branded events and festival stages to the extension of its branded radio show across more than 53 countries, the label continues to deliver cutting edge records with the DJ very much in m...