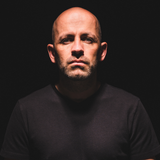 Johnnie Pappa is a welcome and wanted guest artist as he has many appearances performed so far. Several times he had the chance to show his extraordinary talent abroad, where he could play next to world famous DJs like Ahmet Sendil, DJ PP or Carlo Lio. His popularity is also proven by the nominations at the 2013’s Ballantine’s Music Awards for the categories "Newcomer of the year" and “Producer of the year”. During his appearances besides his own tracks and remixes he prefers to play his own adaptations he made of many world hits. Johnnie’s tracks are easy listening for the main audience, but at the same time they are powerful and exciting. Because of that original sound top Hungarian DJs are regularly playing his music, and his tracks can often be heard on popular Hungarian radio stations like Music FM, which are young party people’s favourite ones. In Johnnie’s DJ setts house and electro tracks are dominant. At every party he is playing a fresh and dynamic sound is warranted.