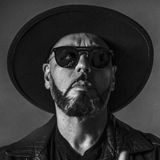 Grammy Award winning producer, remixer and DJ Roger Sanchez is one of the world’s foremost names in House music. Known as a "DJ’s DJ" and a "Producer’s producer," Sanchez’ unwavering status as a top-global master of the genre is a testament to his robust belief in the power of music to liberate people, physically and mentally. Born to Dominican Parents in Queens, New York, Roger spent his younger years soaking up the musical influences that were the lifeblood of his home town. It was the diversity of these influences, from salsa, blues and soul to disco, rock and hip-hop, that solidified Roger’s dedication to representing this spectrum of musical styles and spurred his constant quest to redefine the boundaries of house music. A true global citizen, Roger has led the way as an ambassador of the electronic dance movement, unleashing his soulful, high energy sets on frenzied dance floors throughout the world.