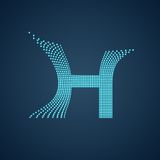 Never miss another
show from Hypersense

Hypersense is Giorgos Mitropapas, a Greek electronic music composer and DJ based in Edinburgh, UK. He always had a passion for music in general, mostly rock and metal in his early days. He started getting involved in electronic music during his studies in the UK, around 1995. He was exposed to artists like Ozric Tentacles, Shpongled, Hallucinogen, Infected Mushroom and other artists influenced by the psychedelic and dance wave. His intent is to create original and expressive electronic music that satisfied his need for personal expression. He used to be a founding member of the Planet Monkey collective that runs the Cosmic psychedelic trance club night in Edinburgh for a few years now. He also runs an educational website related to music and audio production called Audio Tutorial Videos (www.audiotutorialvideos.com) a site that has proved really helpful for musicians.