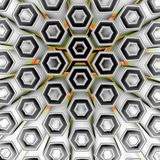 Never miss another
show from the beats bizarre

beaming sunbeams of music directly from the cloud of the internet,broadcasting 25hours a day, nine days a week, exploring unknown frequencies and wild tangents, ever shifting, yet somehow still the same.

dedicated to promoting the best in atmosphere, décor, sound and vision in venues and festival spaces throughout the uk and beyond. the beats bizarre was born from legendary northern night sunrise but has evolved into hosting spaces at events such as beaverfest, remedy and magikana festival.