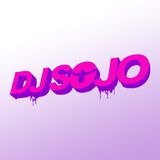 The average man works around forty hours a week, going home with an average paycheck, repeating the average life he has designed before him. Never stopping to seek out a dream once made, just willingly settling for mediocrity. In the life of DJ/Producer Anthony Sojo, a commitment to his dream, passion for greatness and fire to succeed has landed him in a world he has built over the last 16 years, Sojo's World. Growing up with a blood line who has contributed to the love of music and the arts, the soul of Anthony Sojo was born. At the age of 17, he began to train his ear on the Technique 1200's. With his first attempt mashing up 2 hit records, the magic of music was locked in the hands of Sojo. Understanding the equation of what he was just given, a piece of life was put into his heart and mind, the love and drive for what he will do and the power and knowledge to see his dream unfold. With the key to success kept close, an empire of an artist began to brand and establish.