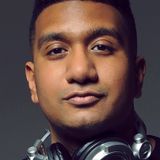 DJ Reckless has been in the business over a decade, starting his career at local bars and lounges in Queens and quickly moved up to major nightclubs in the New York City area. Reckless has had the opportunity to play at Webster Hall, Pacha, Hotel Z Rooftop and Studio Twenty One to name some venues. His passion has led him to play all over the country and has even traveled internationally to play at many music festivals and parties. With his corporate collaborations, Reckless has had the chance to play for clients like Best Buy, Liberty Tax Services, Midoma Galleries and Lush Cosmetics.