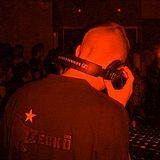 Mark Devlin is a UK-based club and radio DJ, music journalist and author, specialising in R&B, soul, hip hop and other forms of black music.

His big radio break was on Galaxy 101 in Bristol in 1996, where he presented the Friday night urban show, The Swing Shift. He subsequently presented on Oxygen, FM107.9, and Destiny 105 in Oxford, with occasional stints on London’s Choice FM. His current radio venture is the The Sound Of Now on First Radio in Oxford, (which streams live Saturdays 8-10pm GMT at www.firstfm.uk)

Club-wise, Mark has played internationally, spinning in around 40 countries, from the USA and South Africa, to Japan and Australia.

In 2013, he started his conscious music podcast called The Sound of Freedom, showcasing non-corporate, meaningful message music from artists old and new. He has since become an author, publishing the two volumes of his book ‘Musical Truth’ in 2016 and 2018 respectively.