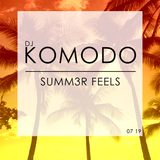 Tony Lengsavath better known as DJ KOMODO is an artist who has taken his unique style of mixing and live music production into a whole new level for the dance floor. He has performed over 400 events nationwide. His remixes have placed him into a whole new classification of the new-aged digital DJ. His style of music varies from Trance and House to Hip Hop and R&B. Depending on the parties and crowds, he knows how to work his audience and leave an unforgettable performance.

Born and raised in the Bay area, Tony first touched a turntable in 1999 where his transition from a band drummer into a DJ miraculously happened overnight. As he ventured off to be a solo act, many top clubs in Hollywood such as Avalon and Cinespace along with the world-famous Rick Rock Productions in Hawaii. In addition, Radio stations such as San Francisco’s Wild 94.9 also invited him to play a set live on-air. He has opened up for artists like Giuseppe Ottaviani and Solarstone at a pure trance event.