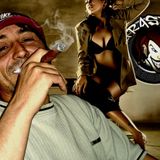 DJ Rascal was one of the most emblematic DJ's of his generation and one of the most successful technically in France during the closing decades of the 20th Century. In 1988 he became Luxembourg Champion and Vice European champion the same year, and then participated in the DMC technical
Championship French final for the world championships no fewer than 10 times between 1987 and 2000.
He was also a pioneer in many areas of DJing. He invented the concept of boys band turntablism (team scratching concept) in 1990 with a first show at the Hourtin military base (France) a full year before the first appearance of Q-Bert in a U.S. TV show in 1991. Though Q-bert is remembered as the inventor of
that style, he is not and it is time to render unto Caesar what is Caesar's.