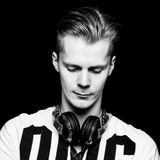 Dan Villa is a DJ, producer and musician from Havøysund, based in Hammerfest, Norway. He has been playing clubs, party's, fashion shows, weddings and all kinds of gatherings since 2006. Starting out being a commercial DJ playing everything from Hip Hop to House he gradually developed his taste more in the styles of House and Tech House. One of his biggest strengths is being versatile, playing all styles, being able to give the audience what they want.