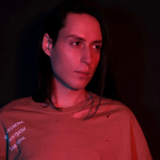 In 2015, he started up his own radio show ‘SwankyLand’ which streams on all major music streaming services every Friday.

In January 2020, he released his debut track ‘Tell Me’ which is available in over 150 counties.

In September 2021, he released the single ‘Revolution’ in collaboration with Ian Urbina. The single was created for ‘The Noam Chomsky Music Project’ in honour of Noam Chomsky.