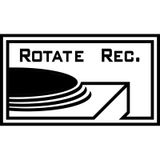 In the 94th year of the Soviet turntables and a homemade mixer, soldered according to the scheme from the magazine "Radio", I assembled a dj-console and picked up a vinyl... Then there was a cassette tape recorder, with a homemade speed controller, and a remote erasing head, to write on top of what was recorded, “mixing” samples to the track, and scratching on reels, first tracks and tapes that I played in the club “Mirage”, where I worked, while studying at the school and conducting discos there. The institute played at student parties. A little later, more serious open-airs (legal and not), working as a dj in the Obninsk clubs, played on invitations to various event-events.
He was the founder and wrote music for the groups "Ritual Sound System", "Nemo'й Style" and for the project "Wind".
Now I play by invitation in various styles.