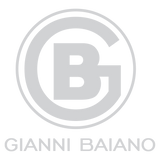 I was lucky enough to be born in Naples, one of the most beautiful, exciting and musical cities in the world.
Grew up in the midst of records, at twelve I started working in radio, from the smallest up to the largest, which is now a network.
As a DJ I worked in Naples and on the Amalfi Coast: I mixed in paradise and in the true cradle of house music (the "house movement" was born in Naples in the late 70s and exploded from there).
Arrived in Latina for work, I stopped all activities related to music, from 1983 until 2019.
I "got back into the game" thanks to the internet. In the same year, with great surprise, I finished first of the Italians and eighth in the world in the Pepsi MAX selection for Tomorrowland.
At 58 it was a surprise and a satisfaction.
Now I collaborate and have fun with some radios around the world and ... sooner or later I will leave again as a resident DJ (the spirit and passion are always the same). Hugs.