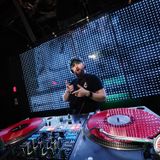 Never miss another
show from Tyco

Tyler Guyton from Phoenix, Arizona, is better known as Tyco in the music industry.

Tyco diversifies his musical styles and seeks to make connections between old school and new school through his live edits. He finds inspiration in a variety of artists such as DJ Craze, Four Color Zack, Atrak, Jazzy Jeff, Q-Bert, Laidback Luke and countless others.

After several years of DJing and producing, Tyco categorizes his musical expertise as open format, encompassing all genres of music ranging from hip hop, R&B, house, trap and mix show edits. His years of hard work have paid off, noted by a previously top rated monthly podcast called “Bass Lessons with Tyco” and the release of his contest-winning remix of “Who Let The Dogs Out” previously featured on Buygore Records.