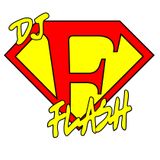 Among Canada's fastest rising stars, DJ Flash sits among the best DJs the city of Toronto has ever produced. Having honed his craft to be able to incorporate any genre of music into his trademark style, from party rocking hiphop to minimalist electro/house, DJ Flash has established himself as a force to be reckoned with in the Canadian nightclub industry. With his roots firmly ...implanted in the world of vinyl, DJ Flash has been able to utilize his vast knowledge of classic club anthems and underground gems, along with embracing new technologies as the art of turntablism has gone digital effortlessly making the transition from one medium to the other

DJ Flash has been making noise not only across the country - having recently completed a nationwide tour including stops in Kelowna, Calgary, Edmonton,Toronto, Montreal, and ending in the nation's capital, Ottawa - but also south of the border, having played in multiple venues in New York City, New York and Fort Lauderdale, Florida