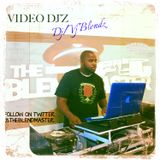 Support Blendmaster Radio by subscribing directly to this channel and get access to exclusive rewards.

Twitter / instagram @theblendmaster On Facebook as Banji Blendmaster. For Bookings email djblendz30@gmail.com.
The Blendmaster a.k.a Dj Bnasty a.k.a Vj Blendz has been putting it down on the 1’s and 2’s since 1997. Being from a family with a diverse mixture of culture, Blendz was exposed to all forms and types of music from an early age. In 2001, he started his own entertainment company called S.T.M entertainment where he made djing official. With the production of S.T.M entertainment, Blendz traveled doing shows, and performing for the likes of Project Pat, U.G.K, Devin da dude, Lil Jon, Twisted Black, 8ball & Mjg, E40 & Master P. In 2004, he was the official dj for platinum recording artist Amanda Perez.
The Blendmaster's creativity and hard work ethic puts him in an elite class of Dj’s, now Vj’s. In 2008, he won the Southern Entertainment award for “Best Skills on a mix-tape” bringing worldwide recognition to his talents in blending.