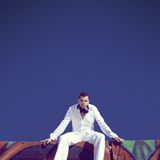 Never miss another
show from RICKDALUNA

Being master of the underground sound, rick is one of the best dj’s in the dance scene and furthermore a highly respected producer. Thanks to his exquisite choice of records and high technical level, his fan base is ever expanding.
Spinning the wheels since 1997 and producing since 2001, he is built up such a reputation, that he is frequently asked for main events.
As a dj his unique way of playing made him very popular, especially abroad the countries like Spain, Belgium, Macedonia, Great Britain and of course South America.
By performing in clubs in the Netherlands with well-know names, just like “LA PACHA”, “SCAPE”, “MADDOX”, “DE DANSSALON” and “PODIUM GALLERY X” it is of course no surprise to encounter him at the best festivals and party's arround the world