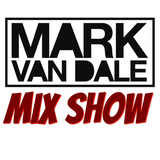 In 1996 he was offered a residency at the new, hot “ASTA MOVEMENT” club in The Hague. He played with DJs like CARL COX, PAUL VAN DYK and JOHN AQUAVIVA, to name a few. In 1997 Mark became label-manager of his own MASSIVE DRIVE RECORDINGS, the label included the international smash-hit “GREECE 2000” by THREE DRIVES ON A VINYL and his own “WATER WAVE” (or “WATERVERVE”), which he produced together with ENRICO, became an international club hit and the track also made it into the highest regions of the Dutch and Belgian Singles Chart.
Several major record companies asked Mark to compile and mix a compilation-cd. Over the years Mark mixed and compiled two editions of “MASSIVE DRIVES” (released by ARCADE Benelux), “KRITI VIBES”, “MEGA MUSIC DANCE EXPERIENCE” and “THE CELEBRATIVE MIX”.
Are you ready for some of the aliases Mark used as a producer? Here we go: MULTIDUBBERS, DUB FOUNDATION, LOVE FOUNDATION, SUNBOX, HAGGLE & AMERICA, SUNSET BOULEVARD, CLUB ROYALE, WICKED and much more!