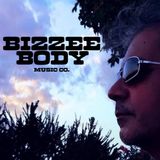 Never miss another
show from doktor@funk

Just a Little Bit of Deep #47
by DjTenSmithyReposted

In the eighties, He grews up with the disco funk sound of the time that was listened in clubs and fasionable pubs in Madrid, playing in some of them like KEEPER, CLASS or STONES.
At the same time,he was working in QUALITY RECORDS (import and distribution of music shop)
Later, in the nineties ,he played HOUSE in Benidorm (STAR GARDEN, NUMBER ONE and JOKER).
Currently, he play every week his show LET YOUR FEELINGS FLOW on Future Beats Radio Station from France and MAD Fm Worldwide from New Zealand, sometimes plays in Almería Coast, with a little funk style in his sets, influenced by the years when he was lived in the USA. Now you can join his live radio channel on https://doktorfunk.wixsite.com/doktorfunk-dj